In our business lives we all have things we like and things we don’t. I loathe timesheets and expense forms. I am impatient in many meetings. I like coaching and training.

There are plenty of reasons for this, but it would be false modesty not to say that taking an individual or group on a skills journey - and watching bulbs flicker then glow - is a great personal buzz. Bumping into someone in the street six months later and hearing how they are doing is even better. Narcissus is alive and well in all of us.

But if Kirsty asked me for my Desert Island gig, it’s the big audience presentation. It’s no coincidence that we call these gigs “The Leviathan”: they are the monsters we crave. Give me a few hours in front of a three figure crowd and I’m a happy man. Spain, Dublin and Brighton are penned in for next week, with next Friday the fourth time I've been to the Grand Hotel to finish my week. Here are my thoughts in anticipation of my first jaunt there a wee while ago.

I’m on my way to one right now, careering south in a train on a beautiful autumn day to visit Brighton for the first time, maybe going for a wander tonight to a decent bistro. A run along the prom, early doors, tomorrow and in the afternoon it’s three hours in the Grand Hotel with about a hundred souls, on the seven principles of relationship building.

The train journey south is giving time for reflection, especially when you consider that many well-adjusted people run a mile from this kind of thing. So, what's to like?

Writing this, the gig is 24 hours away and there are plenty other things to be getting on with. But already the sap rising within me; my heart beats a little faster, my breathing's audible, my right knee resonates to a mysterious rhythm: all my senses are heightened. I visualise the room; the flipcharts, the humming of the still warm projector I’ll not use, introduction by the conference chair. And the audience, bored senseless by slides all morning, hoping the afternoon will be better (yup, it will be). My mind whirrs involuntarily; how to open, the order for the seven principles, what to close with and send them away happy.

The point is, at this stage, all things are possible. Nothing is yet certain, everything is anticipation. It would be nice to find an opener that relates specifically to the venue and maybe tomorrow one will appear. Anticipation is all, just as it was in my younger days on the way to the football ground. And, importantly, in my anticipatory state, will my room have a sea view?

The expectation of the audience. Anticipation is largely selfish, since it is my own. My future audience are at this moment anticipating a nice buffet lunch at the mid-point of day one. Right now, I am the only one on the planet anticipating this gig. If they have little or no expectation and are pleasantly surprised that is fine by me. But I prefer expectations to be high. I like them to be told that what is coming will be motivational, inspirational and educational. For the conference chair to say, as he surely will as he said it before, that I am the best business speaker he has ever heard. I like the frisson that is created when he exits stage left: the intrigue, boredom and scepticism in the room. I like the folded arms, the subtle sideways looks, the checking of mobile phones and the challenging stares. I like standing in front of them, waiting, the sparky silence that signals they are going to give me a chance, because they are reasonable people, but that I had better be good. I like the Director who says he will sit at the back as he has to leave after half an hour (a classic escape clause, just in case...) still being there at coffee break, and staying until the end (emails can wait).

Because why should it be easy? Why should expectations be low? As a speaker, you prove yourself every time you pick up a fat pen. And always, always your audience will be expectant. The very act of speaking to a group for 180 minutes is hard. So set the bar high as they are devoting their precious time to hearing your words. Challenge, reflection and a bit of risk-taking keeps you- and your audience- alive.

That's the third reason I love the big gig. The big gig gives you the possibility of generating huge waves of energy between you and your audience (And the opportunity to shift about 500 calories). Coaching is more about intimacy. Small group training has its moments but relies more on aims, objectives and learning outcomes. One hundred people who are tired, bored and suffering from PowerPoint poisoning, but laughing now at the funny bits or crying at the sad bits, is a shared experience that takes some beating. When you get one hundred people doing something you have asked them to, and the room buzzing with laughter and debate, you know that they are in the zone. Playing with the energy in the room by taking a group from side-splitting laughter to serious reflection in a matter of seconds is a good reason to get up in the morning. Using stories from left-field that surprise or shock or make them think, holding back on the learning point until you release it- like a comic's punch-line, is an exercise in control you will never get tired of.

Speaking for three hours to a big group is odd behaviour, a bit surreal when you are doing it, and could not be classed as “normal”. It can be like an out of body experience, where a version of you is standing at the back, wondering what the hell you are up to.

But to be sure, a new room and a new town hit all the right buttons.

You're in the room

Are you planning your next conference or away day? If so, we'd love to be there so please get in touch!

Russell Wardrop is our Chief Executive. If you would like to know more about this subject, drop him an email and we will be in touch.

This year is going to be challenging for businesses. Economic uncertainty can make it more difficult to succeed, but it is possible to thrive with...

Seven Ways to Sales Success in 2023

The best time to sort your pipeline for 2023 was six months ago, the second best time is today. 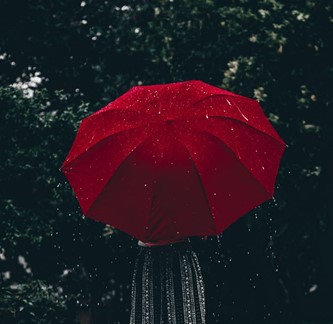