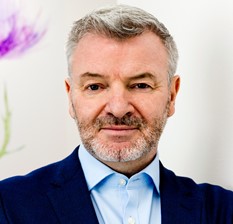 IS A FOUR DAY WEEK REALLY THE ANSWER?

A recent Twitter post recommended that the four-day week is key to well-being. However, it was posted by an expert with three jobs and a published book whose friends thought the post hilarious. But it got me thinking, where is the government champion for hard work? As it is obvious to me that meaning, purpose and sacrifice will bring contentment and fulfilment more effectively than another day to sit on the sofa watching Storage Wars.

Just back from a four day weekend away, I’m fully on board with down time. A few free hours in crazy London will see me in the Tate Modern before you can say lemon drizzle cake. But people who have spent decades working their asses off to gain expertise - and are still clocking sixty hours a week in their multiple roles - telling you to do less and nirvana is achievable on a three-day weekend, are selling our future leaders short.

The next generation need to hear a different message that will do more for their well-being than more time off. They need to know they are more robust that they can imagine and have a greater capacity for hard work that they think. That they are wasting more time than they know and if they stop it now there is no limit to what they might achieve. That they need to pick a goal, forget the four-day week, banish any worries the world will end soon, and go out and get busy. That they need to think less about their rights and more about their responsibilities.  Be the joiner who became a luxury house builder; the computer geek who is the world’s greatest philanthropist.

This message will transform the country too. Our First Minister’s cabinet would be sacked if they did a four-day week and their SPADS would never say, “Sorry it’s Thursday and I have yoga…..have a nice weekend”. Our nation needs entrepreneurs and business leaders of every stripe who know that the right goals, structure and personal sacrifice are cornerstones of well-being.

So how about getting some of that tough love out there?

Find some inspirational leaders; talk to them and listen to them. Not one has achieved success without doing their 10,000 hours and 10,000 more and you will be surprised how few of them say they do it just for the money.

My dad was a bulldozer driver when I was born, a lorry driver and ultimately transport director of an industrial waste business. He worked from 6am to 6pm six days a week, stopping at lunchtime on Saturday and just loved to work. Bill Gates has done more to take absolute global poverty below ten per cent for the first time in history than any other human on the planet.  He does not do 28 hours a week and will tell, with great enthusiasm, that we are living in an age that is healthier, safer, and more equal than at any other age in history – and, to live a little.

Well-being comes from being useful and competent, not from a three-day weekend and whale music on your iPhone. Ask any of the globe-trotting ever-so-busy warriors on the front line.