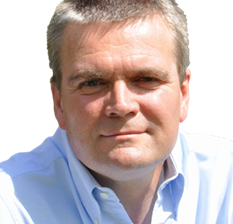 Remembering is part of Leadership

Yesterday morning I proudly marched past the Cenotaph in central London at the head of my old squadron’s contingent as part of the UK’s annual national remembrance commemorations. The sun shone, as it so often seems to do on this special day, the crowds were large and enthusiastic and the gathering of veterans, some 10,000 strong, were in good heart.

It was the fifth year that I have participated (every year since I left the Royal Air Force) and I now wouldn’t miss it for the world. In many ways the occasion is joyful and celebratory, a reunion of old comrades in arms where smiles and laughter abound. However, we all know that’s not what we are there for. We are there to remember and reflect, to acknowledge and honour all those that have gone before, as well as those who have served with us. Not just those that made the ultimate sacrifice but also the many thousands who bear the physical and mental scars of conflict and whose lives have been irrevocably changed as a result of their service and sacrifice.

In the military context, leadership very frequently means putting men and women into harm’s way in order to achieve the mission and, tragically, it sometimes means that those same men and women are lost or forever scarred by their endeavour. Not a day goes by when I don’t reflect on those who lost their lives on my watch, and mentally thank them for their service and sacrifice.

At 11am today I, like many others up and down the country, stood silently once again to commemorate the First World War Armistice but I also held my fallen comrades very much in my thoughts, not just those lost on operations but also the many others whom I served with across close to four decades, and who have been taken much too early by accidents or health issues.

This is not just about looking backwards though. Whether in military or corporate life, tragedies happen but the world does not stand still. Taking time to remember and reflect is vital, but equally vital is taking the time to consider how to adapt and overcome challenges even in the face of such tragedies.

Leaders have to have the personal and organisational resilience to move forward under the most challenging circumstances, even when it feels almost impossible to do.  We honour those that we have lost in the best possible way by ensuring that their sacrifice is not in vain. That means finding a way to achieve the task and ensuring that we learn from their loss and do everything humanly possible to ensure it is not repeated.

I know that when my own time comes I want to feel that my life has amounted to something and that, at least in some small way, I have been able to make a lasting difference both to individual lives and also to the collective good of society. Whatever your own leadership role might be, take time to remember and reflect so that you can become a better leader as well as honouring those we left behind.  #LestWeForget