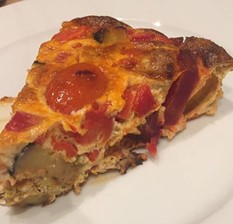 The real room was in Birmingham. In a change from planes and trains I drove, which is another story (note: let the train take the strain). Rainmaker was a three-day analogue programme in our digital world, resplendent with chunky red folders, flipchart adorned walls, delegate dinners and full English breakfasts.

(Last month a Live Virtual Learning programme to delegates in California, Chicago, Dublin, Dusseldorf, London, Paris and Zurich from the comfort of my ZoomRoom- overlooking the bowling green, a stone’s throw from Glasgow airport- was an astonishingly efficient way of delivering learning. The programme would have taken six months to diarise and cost five times more in a real room.)

We need to rediscover the intimacy of strangers in all areas of our lives, something that can only be done in the real world and in the real training room.

Solo travel and the single occupancy hotel room are two of life’s pleasures.

Stopping in Lancaster overnight at a French themed hotel to break the drive south, Laura (L-A-O-RH-AH) has a partner from Pitlochry, great chat about Perthshire, knew the mysterious workings of electric Velux windows and elegantly sold me petit dejeuner for fifteen quid.

The drive south was something I had not done in over a decade. A long drive on your own is another real pleasure. Aircon cranked to the max, radio off, in no hurry and on a quiet motorway was novel and serene, two words you would never use to describe a flight to Birmingham.

The quiet corner table overlooking the river Lune, watching cormorants fishing for breakfast, was a blissful change of scene after over a year at home.

Laura runs the place, knows what’s what and has the right accent, but she’s having a lie in and young Tom is reciting lists in his head. He’s straight out the wrapper and surprised to be in hospitality, but we bonded over a terrific fromage et jambon omelette and how to push the coffee plunger to minimise blowback. I switched to tea.

Arriving early evening my Brum hotel is chaotic, they have a new app, but hospitality gets a pass these days. Ana cheerily sorts out the lights, tv and kettle, coming back later with an armful of refills when I need more coffee sachets.

Endlessly patient Geraldine sorted four coated chicken fillets and a pint of soda and lime after my abortive half an hour on the NEW F***ING HOTEL APP, taking my card at the till. They were terrifically crunchy, but I should have gone to KFC.

I bump into half a dozen Rainmaker delegates and see the lay of the land. All male, it’s a testosterone fest with some tough cookies, but that’s the way I like my cookies. Work was started getting them a little chewier, chatting about the NEW F***ING HOTEL APP and how to get dinner quicker by speaking to a human at the bar.

The first dance with a dozen strangers you will be with for three days is all anticipation and the room at 9am is silently crackling.

Online everyone turfs up with a minute to spare, but here it’s a slow procession and much of my prep is done while meeting and greeting and chatting, the energy building as delegates come and go.

Changing the room layout, getting another flipchart, putting delegate data up on the wall and becoming fast-friends with quietly efficient Amo, my wing-man for the duration, takes an hour.

Then I go find a quiet breakfast. Spontaneous laughter with strangers sets up the day perfectly. David and Lena are straight ahead, Kevin and Emma off to the left. With no buffet I pop my cup on the shelf, press Americano and go grab a yoghurt.

Geoff and I have met in the ZoomRoom but ten minutes out front with the smokers gives great insight to the group. Short talks with sales director Tony at breaks feeds me more on his troops’ personalities and steers the programme towards his specific needs. Over the three days we had a number of chats- and a few interventions live in the sessions- that broadened, deepened and focussed the learning.

It’s a joy to transform the pristine morning room into the 5pm hot mess: books disgorged from folders, glasses and sweet wrappers strewn all over, flips covering the walls and everyone needing a drink and a lie down.

Delegate dinner is at 7pm after a snooze and a shower, though some had been in the bar since 5pm. It’s a chance to find out more about their sales challenges, to be sure, but so much more. This was an interaction with new humans. Stoicism, smoking, vaping, food, golf, holidays in Devon, semi-pro football, future careers, fruit picking in Perthshire, eastern European migration over 20 years, the Grand Hotel Brighton, how far is Devon, finishing early Thursday to beat the traffic, KFC, house moves, relocating to another realm, how they got into sales.

Such interactions are essential not just to a great training programme but are the stuff of life itself.

Making connections can be inconsequential, pure pleasure for its own sake. But Nat is a good person to know in any hotel. She runs the breakfast show like clockwork with much laughter and is up for all the morning chat anyone throws her way.

As she points me towards what’s now my table I hear “It’s the middle one…” before I get to the coffee machine.

In the newly pristine training room, we reached a screeching halt mid-morning when articulating the value proposition, everyone getting into a right old fankle. This was much to my surprise but easily sorted in a real room. I took a seat out front, rolled back a bit, asked a few questions, listened for the answers, threw out a few ideas and off we went.

Online it’s not that this scenario is harder to address, though it is, but that we don’t often get to that depth of learning when groups are not face-to-face. Like any interaction in life, we need all the senses to create the full picture.

Leroy, here with a scrum of similarly huge mates to watch the Lions rugby test, finds my efforts to get towels hilarious (I’m guessing he’s not a resident). They are put outside your door, but you have to be quick to claim them.

Solo dinner in a local gastropub, a ten minute drive away; eating alone is another of life’s pleasure. A medium tandoori platter, nan and rice with a pint of soda and lime is all right… and the rugby is on big screens. My faith in humanity is reinforced when I race back to get my wallet and jacket, now safely behind the bar, the owner already having pinged me an email.

Everyone gets a boost from an early start and a sharp finish provided the work is done, so we have a hard start at 8am.

Reality practise with five teams of two, all with different scenarios on challenging pricing conversations. Awesome contributions both serious and hilarious, amazing lightbulb moments, useful “let’s pause that and look at it another way” sketches and an armful of specific actions good to go. None of this really happens online, not to the same depth, no matter how well the session is going.

When the Phantom of the opera appeared out of the swinging chandelier at eye level as I sat in the circle of her Majesty’s Theatre, London, it was as far removed from watching the movie as you can imagine. All senses are engaged and the drama of the moment is heightened by your proximity to the action.

It’s 4pm and we are finished, everyone keen to make the motorway before the rush. Knackered and good to go lie down with the iPad playing Bach cellos harassed, recently 50, gin-loving serial entrepreneur Bella has other ideas. In off the motorway for a quick coffee as I briefly contemplated the cakes, Bella’s opening line of “straight onto the hips, mister” led to a whirlwind quarter of an hour where I discover Bella still finds time to go to life drawing classes… as a model!

Half an hour later than planned I’m half asleep, my mind buzzing with Bella’s ideas and the good wishes of ten delegates grateful to beat the rush.

When in a torpor, do nothing. Just wait five minutes, then five more because that often works.

A five-hour motorway crawl to Preston took the edge off my new-found love of driving but also diverted me to the Lake District, where there were plenty reasonably priced hotels in Barrow On Furness, which is not Ambleside. Or, truth be told, the Lake District.

Hence the July availability and price point. It’s late and I’m tired. The hotel manager is doing everything wrong, including telling me how hot the room is and that the telly is on the blink. Now installed in Fawlty Towers, staring at the trouser press, I consider taking an hour’s kip then heading home.

But no. I wait. I breathe. I look around with a better tint.

There are two packets of biscuits next to a wee kettle and lots of coffee, tea and hot chocolate sachets. I fire up SkySports for The Open golf, the internet is tip-top. I retrieve my M&S meat and cheese platter, now warm and pungent. I find a Star Bar and an apple. Before long there is cider and crisps from the bar and an open window, the table at just the right height and 80s chairs roomy and comfy. I am in sight of Morcambe Bay.

Being truly amazed happens less frequently as you age, so prepare to be fully present when it does.

My Lake District plan is Ulverston early doors, Kendal for breakfast and Windermere for lunch. It worked like a charm, including the decision to eat Sainsbury’s melon in the air conditioned car and a Greggs lunch at Preston services rather than fight for a warm seat in a hot Windermere bistro.

On my way to Ulverston at 6.30am I see a sign for a Bhuddist Temple, the grounds of which are open from dawn to dusk. After a dander around and about I sit alone, sun at my back on a bench in a walled garden. The temple, incongruously shiny and new, is to my right. On my own with the rising sun at my back, the scene is serene, surreal and a total surprise. Then the monks appear out of nowhere for morning prayers and at 7am the chanting begins.

At home I’d be watching news on my big telly: Buddha wants us back in the room. 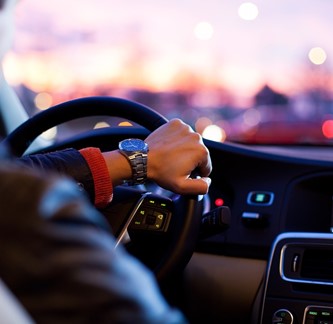 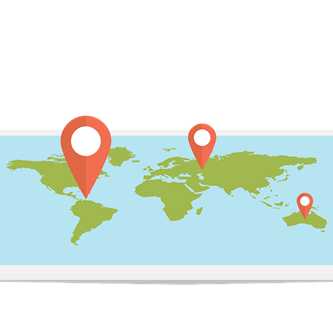