The Last Dance: what Michael Jordan can teach us about leadership, resilience and focusing on the things which you can control

I am late to the party, but a few weeks ago was gripped by the ten-part Netflix special, The Last Dance.  Featuring extensive footage filmed by an access all areas crew during Michael Jordan’s last season with the Chicago Bulls, interviews with the man himself, teammates and rivals, it offers a fascinating insight into the psychology of a true winner and leader.

There are so many themes to emerge from it – physical and mental resilience, an acceptance of failure as part of success, how you need your team around you if you’re to succeed, and how it’s not always about being popular, but it is also about having and demonstrating emotional intelligence, to name but a few.

Jordan was called many things over the years by teammates and rivals – bully and tyrant spring to mind – but almost all of them acknowledged his ability to drive them on collectively to greatness.  Obviously, I am not advocating bullying or tyrannical behaviour, and there were clips of Jordan “teasing” people that I know I wouldn’t have taken kindly to.  On the court however, both in practice sessions and every game they played he demanded every ounce of effort, focus and determination from those around him – and of himself.  He played every game as if it was his last, and that tough love approach was in no small part what helped the Bulls win six championships during Jordan’s 14-year tenure.  He understood that it’s not about being nice or tough, but about being nice (jovial off-court, a ruthless machine on it) AND tough.  He didn’t shy away from tough conversations, he took personal responsibility and accountability, and he acknowledged his failures as well as the team’s:

“I’ve missed more than 9000 shots in my career. I’ve lost almost 300 games. 26 times, I’ve been trusted to take the game-winning shot and missed. I’ve failed over and over and over again in my life. And that is why I succeed.” — Michael Jordan, Last Dance

He also played games when unwell – most memorably when suffering from food poisoning – and when grieving after the murder of his father.  Each and every time he found something within himself that allowed him to focus during the moments he was in play, and use the short breaks to rest, refuel and refocus.  He didn’t ignore his grief, he grieved all the time – of course – but he would turn into that grief and use it to win, for himself and his father.  He dug deep within himself to find what was needed and keep going, focusing only on that moment.

Jordan’s ability to be in the moment, described by an interviewee as that of a Zen master, helped him deal with the immense pressure and scrutiny to which he was subjected.  As he said “Why worry about a shot I haven’t taken yet” i.e. ahead of the big games he would focus on what he could control: he could practise, he could eat and sleep well, he could relax by playing golf and cards and so be “in the zone” when the moment came.  He focused on the things that he could control, not the things he couldn’t.  That, along with his mental resilience, are two great lessons for life in general and the moment we’re living through, in particular.

It’s an astonishing series, even if you’re not a basketball fan (I didn’t know the first thing about it).  It doesn’t matter.  It has everything: drama, intrigue, politics, emotional highs and lows, as well as those valuable lessons from above – and more.  It’s given me real food for thought about how I approach things, and how I can use these lessons in both my personal and professional lives. 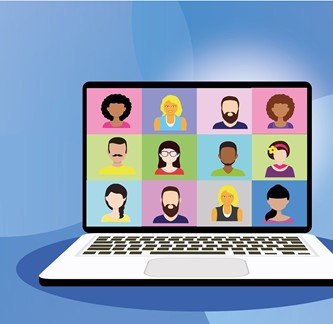 How to Win at Zoom

New frontiers favour the brave, though you might argue we only remember the ones who survive. 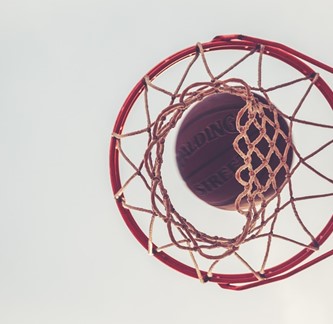 What Michael Jordan can teach us about leadership, resilience and focusing on the things which you can control

I’ve been having some really interesting discussions with Partners in law and other professional services firms around the world over the past few...