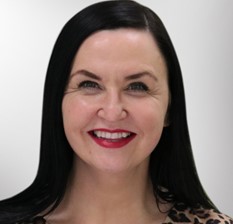 My most recent blog recounted the somewhat challenging evening I spent in the company of a “talkative” friend.  As part of the blog, I promised you a follow up focusing on Social Style – in the context of flexing your behaviour, particularly when pitching for work, so here it is.

If you’re unfamiliar with Social Style, in a nutshell it’s:

Before I loop back to that memorable evening with my friend (memorable for all the wrong reasons, alas), here’s a quick overview of the four Social Styles.

So that’s what they do, and why.  The next table sketches a pen picture of each Style in action.  Think of someone you know well.  Which table best describes them?

The two Styles in the left hand column (Analytical and Amiable) are known as “Ask Assertive”.  When they’re trying to influence others to do something for them, they ask questions and draw out others’ opinions before sharing their own.  They typically speak more slowly, quietly and use fewer words.  They lean back; use less eye contact and their hands are more relaxed.

The two Styles in the right hand column (Driving and Expressive) are “Tell Assertive”.  They speak more quickly, loudly and use more words.  They lean forward, use more eye contact and use their hands in a more directive way.

The two Styles in the top row (Analytical and Driving) are Control Responsive.  This means that when it comes to showing and/or telling you how they feel, they do far less of it – in fact, they can be really hard to read, with good poker faces.  They don’t use their hands a lot, their bodies are pretty rigid, and their facial expressions are controlled.

The two Styles on the bottom row (Amiable and Expressive) are Emote Responsive.  They do show and tell how they’re feeling (sometimes more than they intend to), with their animated faces, casual body language and increased use of their hands.

Those of you who know me will know that I’m an Expressive, so yes, I do show and tell you what I’m thinking/feeling/want/need.  That’s why their (my) big development need is to “check behaviour” - which is what I did during that fateful dinner. I managed my face.  I was pleasant and neutral.  I wasn’t honest – because what would have been the point?  I’d have hurt someone’s feelings and precipitated the end of a friendship, possibly.  Why bother?  Life’s too short, I’m too old, I don’t see her very often.   I don’t always get it right, but I’m working hard at doing so, and I’m much, much, better than I used to be!  My overall Versatility profile in Social Style (as perceived by others) is that I’m at the higher end of the dimension i.e. focused on others’ areas of concern, which is good for everyone.

And maybe this is why I will stick by my friend, who is not Versatile.  She’s not good at (interested in?) flexing her Style to others’ needs.  She’s not good at reading the signs that there needs to be a change (in behaviour; conversation; focus).  As I said last week, with a thirty year friendship behind us, I’m still in the game for more years to come.

But in business (as I said in my last blog) we don’t have that luxury, typically, of people tolerating the things that we get wrong.  There are plenty more fish in the sea, as it were.

So all of us can do ourselves (and one another) a favour by getting to grips with our Style profile, and working on our Versatility i.e. doing something for others, whether that relates to the task at hand, and/or our behaviours.

Interested?  Please stay tuned in that case.  My next blog will be about the components of Versatility, and some of the practical things you can do for the other Styles.

Nicky Denegri is our Senior Consultant and an expert on Social Styles. If you would like to know more about this subject, drop her an email and we will be in touch. 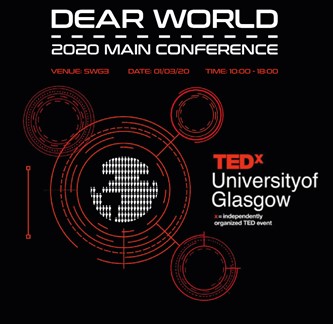 Our Co-Founder and CEO, will join one of ten speakers at the "Dear World" Event. Delighted to announce the launch of the KWC Podcast: Proceed Until Apprehended

Entitled Proceed Until Apprehended, we have created a business podcast about business development and relationships.

Our Principal Consultant and Head of Coaching, Nicky Denegri, will deliver a workshop about Engaging Effectively at the Scotland Excel Conference.