Brian Williamson is a qualified Engineer and entrepreneur in his 34th year of running companies at Board level.

His entrepreneurial life started at the age of 9 with a business model that looked remarkably like eBay. His fascination with making money started early and has never left him.

After qualifying Brian had a successful early management career that led him to his first job as MD at the age of 26. In this role Brian was working out how to stimulate ordinary people to extraordinary things and make a positive impact on the profit and loss. Over 12 years he replicated his winning formula in various companies until he finally took the plunge into the world of entrepreneurship.

He launched his first company in 1994 in the Automotive sector where Brian captured large parts of the European market growing the company to sales of £5m within the first three years before he sold his interest to his fellow shareholders. This pattern was to continue in almost all of the companies in which he invested.

Over the years his business interests in sectors have included Automotive, IT, Oil & Gas, International Trading, Software, and later in Recruitment and in Professional services. 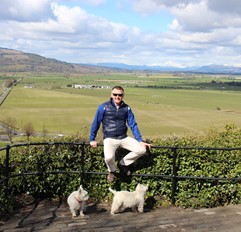